In this post, we will be building from the linear regression theory post and applying these concepts to a practical problem.

My interest in writing this post is in outlining the complexities of doing a statistical analysis that are often omitted from textbooks, especially for a procedure that may appear to be as simple as fitting a line through points (linear regression). Statistics and machine learning textbooks often give the appearance that statistical choices may be based on a sequence of binary “this-is-true” or “this-is-not-true” decisions. 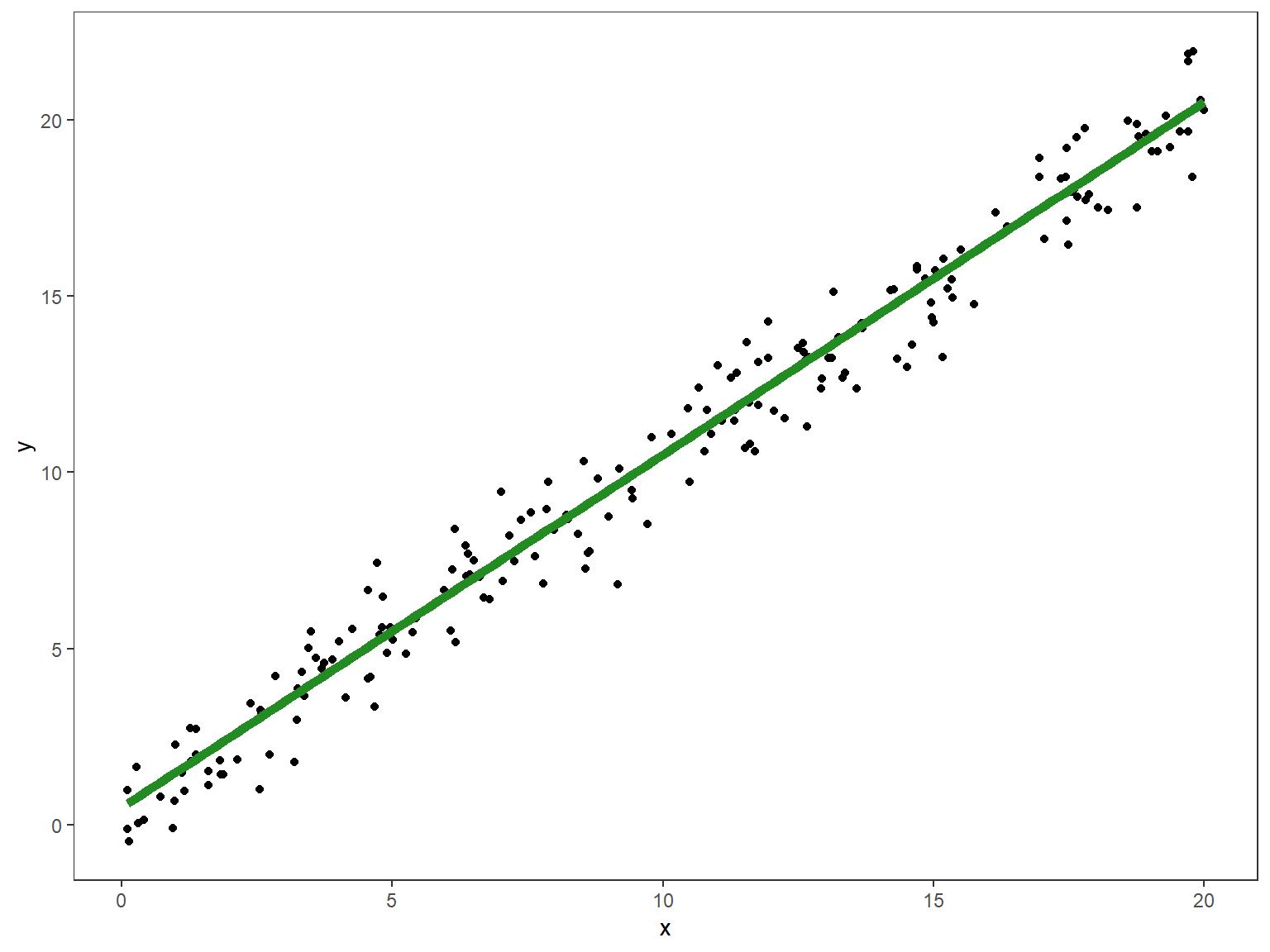 What the visualization is portraying above is that the true \(Y_i\) values are a linear equation (in green) plus some “noise” whose mean is \(0\).

We work with the Advertising.csv file from the second edition of An Introduction to Statistical Learning:

Is this assumption true?

The reality is that, unless we are in control of how the data are generated and know that the data may be specified by the process above, we cannot guarantee that the \[\begin{equation*} \text{Sales}_i = \beta_0 + \beta_1 \cdot \text{TV}_i + \epsilon_i \end{equation*}\] assumption is true. That is, given a bunch of TV values, unless we know for a fact that Sales were based on the form given above (like in our simulation we did earlier in this post), we cannot guarantee this assumption holds.

So the question of “is this assumption true?” turns into

Is this assumption good enough?

This question is a much more difficult question to answer than the prior one, and is often ignored.

Two things I do not suggest for answering this question, though, include:

The question of interest matters a lot than many textbooks suggest. If someone poses to me a question similar to “how does TV advertising budget influence sales?” I would be inclined to assume the model \(\text{Sales}_i = \beta_0 + \beta_1 \cdot \text{TV}_i + \epsilon_i\) just to get a “good-enough” result to start with, and if necessary, I can make it more complex from there. In such cases, one prioritizes intepretability over precision.

Questions that are more detailed than “how does TV advertising budget influence sales?” - particularly if there is interest in a sales prediction involved given a TV budget - may require more sophisticated tools than linear regression, such as local regression, with some cross validation thrown in. However, as one increases the level of sophistication of statistical tools, there is usually more of a problem of intepretability to general audiences. Back when I taught introductory data science, I referred to this phenomena as the explainability vs. complexity tradeoff.1

Executing the regression procedure, and interpretation

It is important to note that these interpretations rely on all of the following assumptions holding:

The first assumption above is especially important, in that no other variables other than \(\text{TV}_i\) are included in the determination of \(\text{Sales}_i\).

Some other mathematical concerns

As mentioned in the prior linear regression theory post, if we wish to calculate the variance of the least-squares estimators of \(\beta_0\) and \(\beta_1\), we must also assume that \(\text{Var}[\epsilon_i \mid \text{TV}_i] = \sigma^2\), which implies that \(\text{Var}[\text{Sales}_i \mid \text{TV}_i] = \sigma^2\). This condition is also known as homoskedasticity. In simple terms, homoskedasticity assumes that the variability of the \(\text{Sales}_i\) is constant regardless of the value of \(\text{TV}_i\) we have. When this condition does not hold, the model is said to exhibit heteroskedasticity, which is given emphasis in econometrics more often than statistics.2 I haven’t had much of a chance to dive into this world, but may cover this material in a future post.

I hope this posts illustrates how complex a simple procedure such as univariate linear regression is, with regard to the thought process that has to go into validating assumptions and making tradeoffs between complexity and intepretability. Statistical education needs to make such thought processes more explicit. 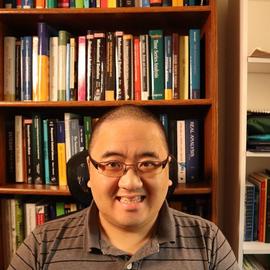